In March and April 2014, I co-led back-to-back workshops with Andy Biggs to the Namibia desert in Namibia, Africa. The goal of these safaris was to photograph the breathtaking desert landscapes of Namibia in a different way than Andy has offered on his Namibia trips in the past: in an overland fashion. These were overland photographic journies, and we had complete flexibility to stop to take photographs at any time along the way. We wanted to put these trips together that had a good balance between flexibility, photographic opportunities and comfortable accommodations. This approach also enabled us to carry more than enough amount of camera baggage, so we were able to bring everything we needed. On the South Western Coast of Africa, where the icy Atlantic ocean meets the world’s oldest desert lies a place that is known for its landscapes as much as the Serengeti is known for its abundant wildlife. The unique combination of desert, grassland and cold ocean current form a one-of-a-kind terrain found only here. For this reason landscape photographers from all over the world journey to the Namibia Desert to try and capture its ethereal beauty. In this captivating region of Namibia lies a maze of mountainous valleys that look like they were carpeted from slope to slope by ivory coloured grass, criss-crossed by ancient riverbeds and dotted with a collection of photogenic acacia trees. The final unique touch is added by the large snake like dunes that rise from the grasslands like the roof of some subterranean world. These stark and compelling landscapes are something to behold with the human eye, but when it’s sweeping meadows, barren mountains and blood red dunes are captured and transformed into a two dimensional image, it becomes obvious why this place is so beautifully addictive to photographers. These new safaris were custom tailored to take in the very best of Namibia and included such iconic areas as the mystical Deadvlei, the ghost town of Kolmanskop and the Dune landscapes of Sussusvlei. 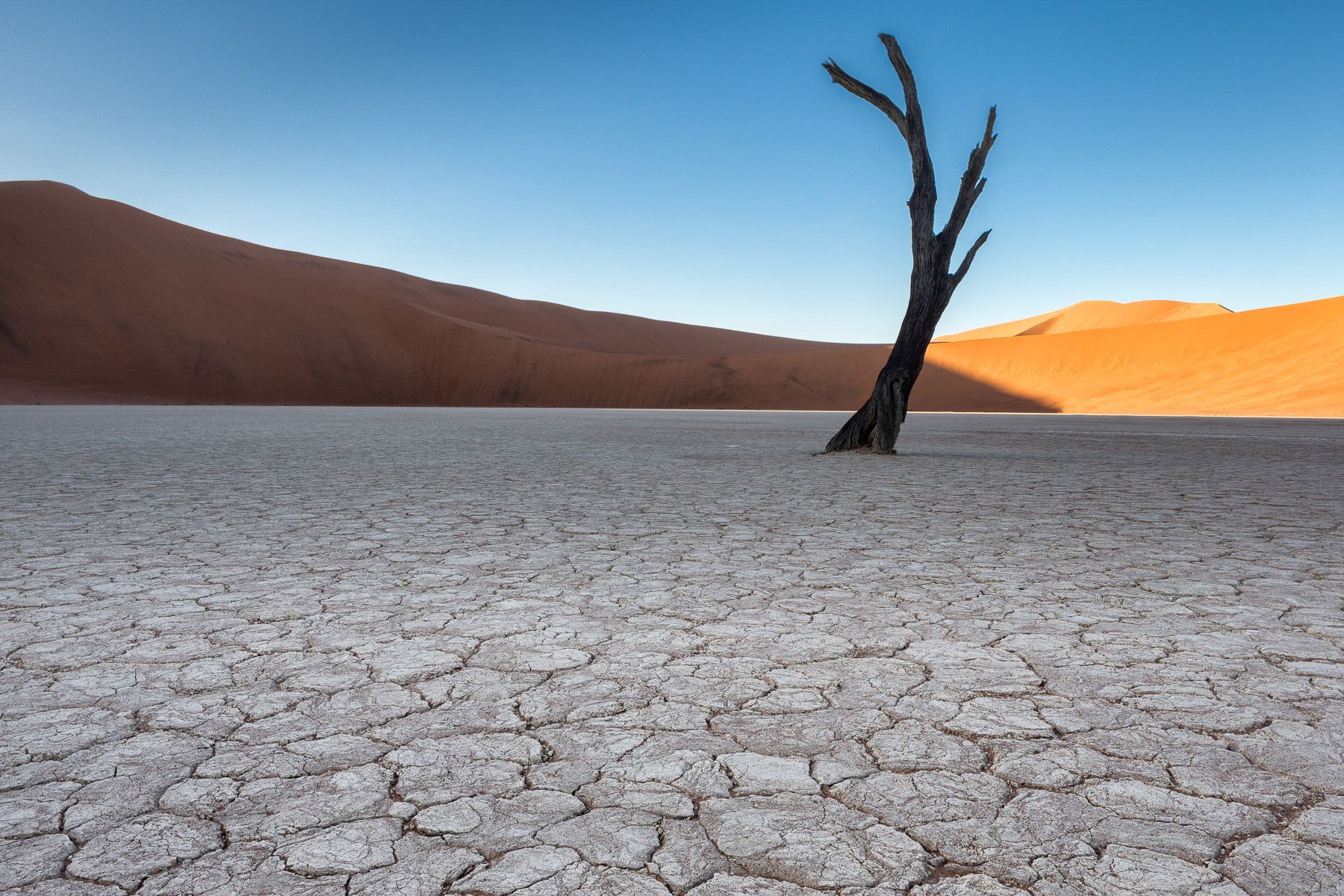