In early December 2019 I returned home from my scouting trip to Eastern Mongolia in the depths of their frigid winter to try and photograph one of the worlds rarest, least known and most elusive wild cats – the Pallas cat. You can read my introduction to this project HERE. As it turned out, I discovered whilst on this shoot that the local Nature and Wildlife photographers in Mongolia and most of Asia regard the Pallas Cat as much harder to find and photograph than the enigmatic and iconic Snow Leopard. So much for my planning and research. Fate it seems is not without a sense of irony…

t is important to clarify, that this scouting trip was not a precursor to a future workshop. Put simply, the Pallas cat is just too elusive, too shy and too hard to find to be able to reliably run even a small group workshop for this amazing animal. On top of this, the lack of basic infrastructure such as running water, flushing toilets, hot showers and the requirement to tent camp in temperatures between -40C and -15C in the middle of a very remote location mean that it is an exceptionally tough environment in which to work. The only heat I had during my time in the field was provided by burning coal in a small fire stove in my tent. It was, without doubt, the toughest shoot I have personally undertaken. 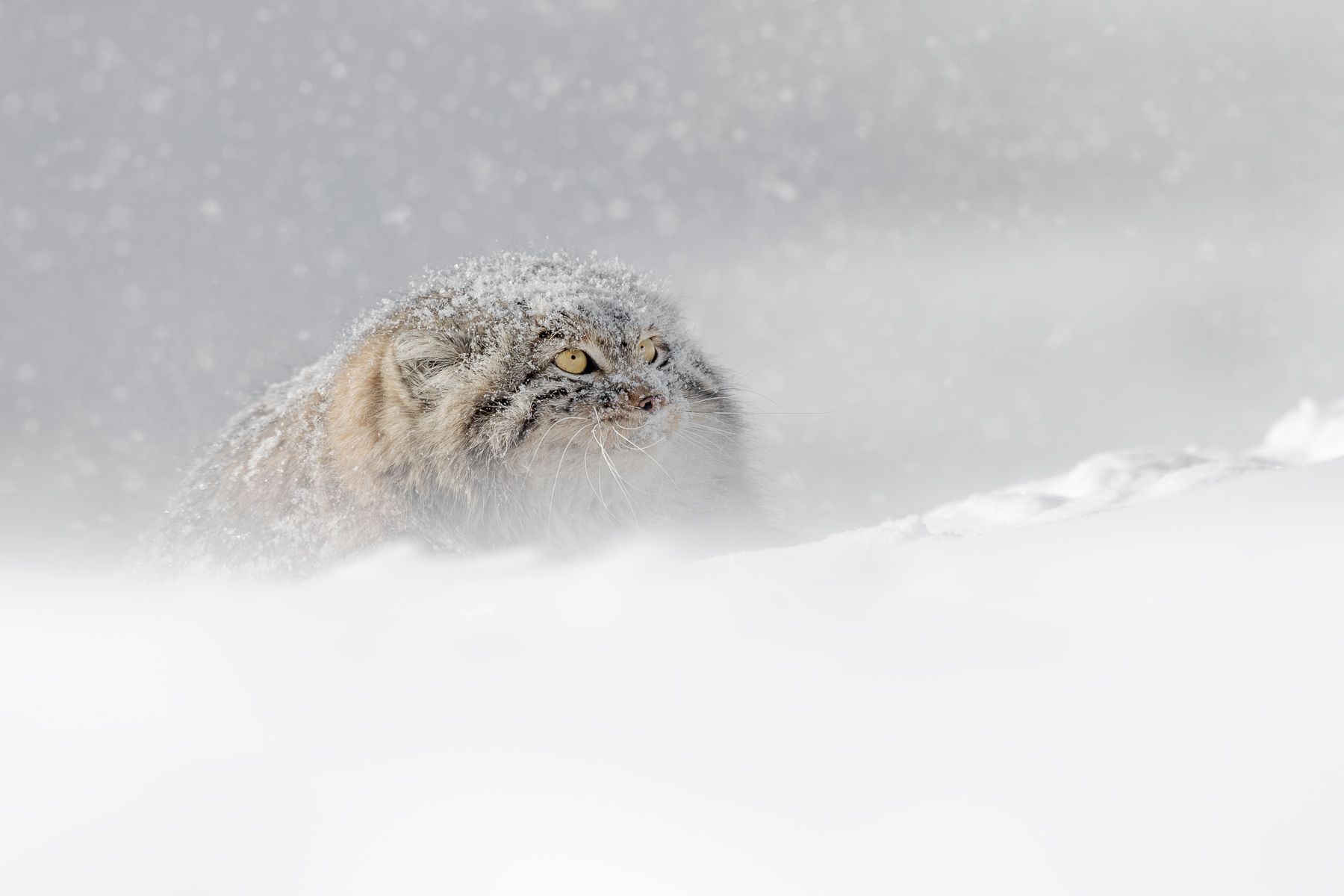