In February 2018 I lead my special small group expedition to the extreme north west of Iceland for a group of just five photographers to photograph what is perhaps Nature’s greatest survivor: Vulpes lagopus – The Arctic Fox. This is only the second time I have taken a small group with me into the nature reserve as this is an area very near and dear to my heart.

I have been travelling to the Hornstrandir Nature Reserve (Hornstrandir is Iceland’s northernmost peninsula, covering 580 km² at the northern end of the Westfjords, to the north of the Jökulfirðir and to the northwest of Drangajökull) in Iceland during the winter months for five years now specifically to photograph Arctic Fox in winter. I released both a limited edition and open edition book on the Arctic Fox (Melrakki) which was the culmination of three years of winter photography. Prints from this book are now on display at the Arctic Fox centre in Sudavik and the book can be purchased directly through Melrakki Publishing. 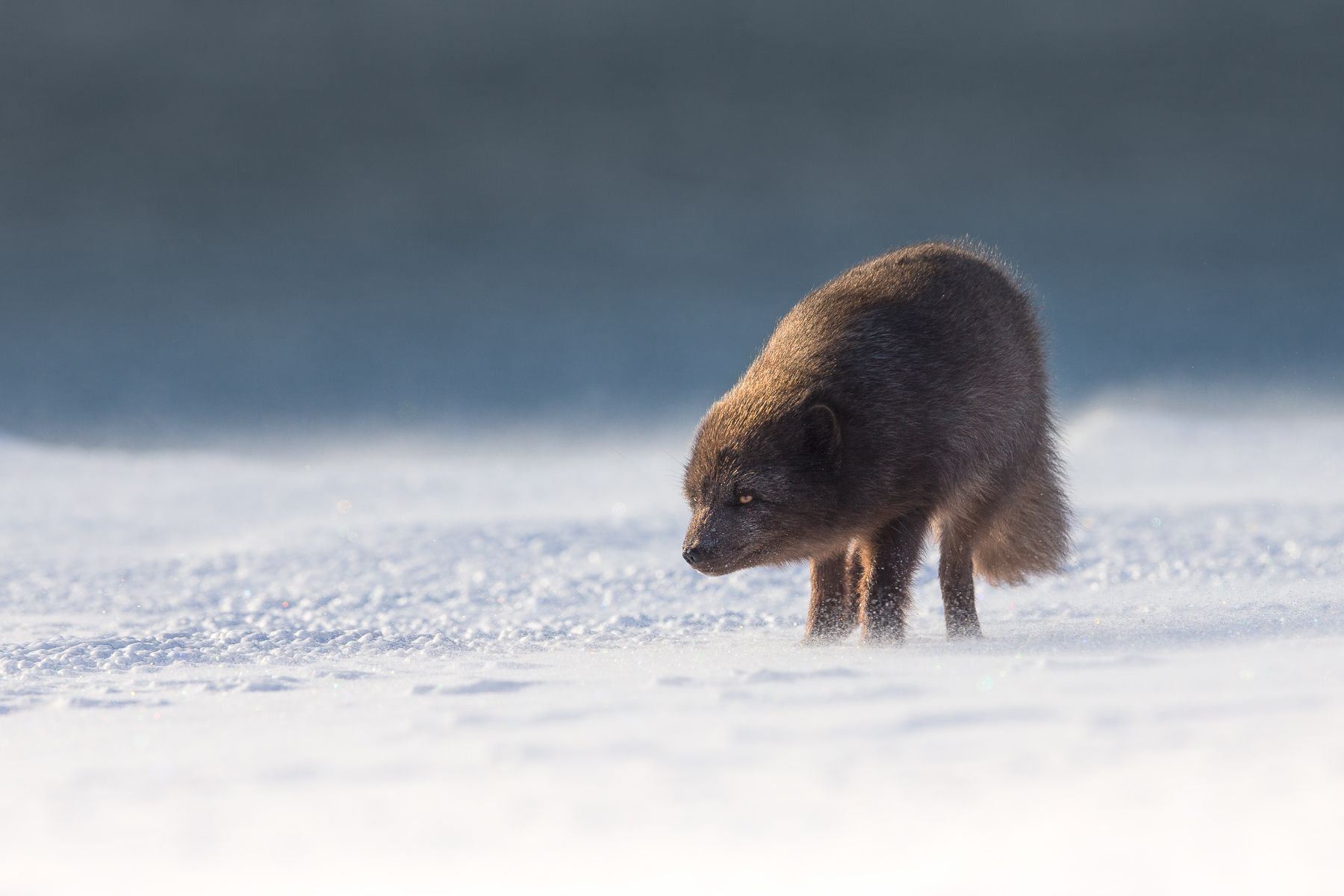