In November of 2018 I lead an expedition for a small group of photographers to the frozen sea ice of Gould Bay in Antarctica to camp with and photograph Emperor Penguins. The colony at Gould Bay is actually the most southerly Emperor Penguin colony in Antarctica and is also one of, if not the most, difficult colonies to reach. This was my third expedition to this remote region of Antarctica and it proved extremely productive. This was also the first time I have been able to properly explore and photograph one of Antarctica’s dry valleys - a location not far from Union Glacier known as the Elephants Head.

There are plenty of species the world over that are much harder to find than Emperor Penguins. To my knowledge however, none is as difficult or as expensive to reach as the Emperor Penguin; and thats the conundrum of Emperor Penguin photography. We know exactly where they are located, we just cant get to them without great difficulty and significant expense. Living on the sea ice in remote and difficult to reach areas of Antarctica the Emperor Penguin is therefore as difficult to reach as the enigmatic snow leopard is to locate in the wilds of its mountainous territories. It is an odd problem for wildlife photographers to recognise and accept that we know exactly where our subject is located but that we just cant get to it. 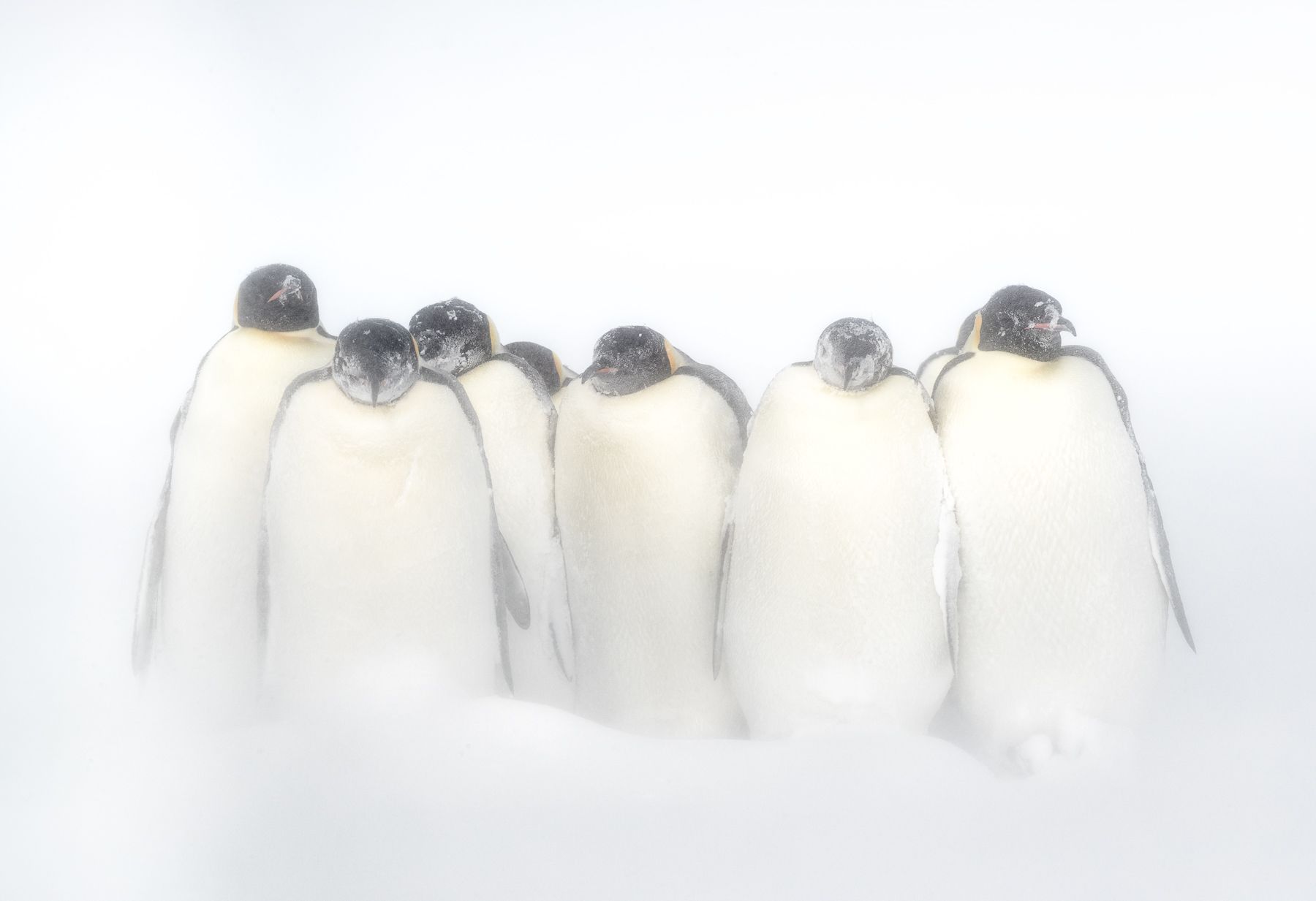